In most OECS nations, citizenship is available at a cost. It can be purchased by almost anyone who can afford it. There is no qualifying period and no residential requirement. All that is needed is a one-off payment into either an agreed form of investment or to a government development fund, plus background checks on the individual concerned

Depending on the location and scheme chosen, the basic cost is now between US$0.1m and US$0.4m plus fees.  Not only does this confer a passport, but it also offers free movement within CARICOM, and visa free entry to many other countries. At further cost, citizenship can be extended to families and relatives. 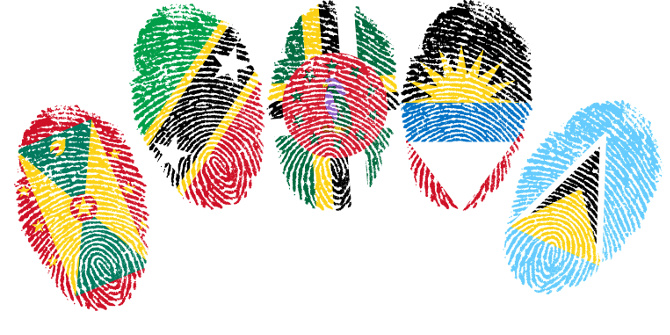 The creation of such Citizenship by Investment (CBI) programmes has been mainly driven by the the Caribbean governments concerned need to find new ways to raise revenue because of their otherwise limited capacity to compete globally.

St Kitts and Nevis, Grenada, Dominica, Antigua and Barbuda, and St Lucia have such arrangements, but St Vincent has not. Belize suspended its controversial programme in 2002.

For the most part, such schemes showed early promise. Slides shown in June this year, by Trevor Alleyne, the IMF Division Chief for the Caribbean, at a conference on global mobility and tax strategies, suggest that taken together, the contribution made to GDP by Caribbean CBI programmes peaked in 2014. Then, for example, St Kitts earned 14% of it GDP from citizenship, enabling it to substantially offset what otherwise would have been negative growth. However, seen since then its programme earnings has gone into a slow decline.

In a probable reflection of this and the need to stimulate renewed interest, its government recently announced a new route to citizenship at a basic rate of US$0.15m, ‘a proportion of which’, it said, would be paid into a hurricane relief fund.  The decision appears to make redundant a part of its existing programme which offers citizenship for a minimum contribution of USD$0.25m to the country’s National Development Fund

To be fair, it may also reflect a comment made recently by the Governor of the Eastern Caribbean Central Bank (ECCB), Dr Timothy Antoine.  Launching the ECCB’s strategic plan earlier this month, he urged OECS Governments to consistently set aside a portion of citizenship revenues to use as leverage to attract climate finance under the Paris Climate Accord.

In contrast, in Dominica, and to a much lesser extent in Grenada, the contribution made by citizenship programmes to GDP has been increasing. In Dominica’s case, its National Development Programme earnings before Hurricane Maria struck, had reportedly reached US$50m per month: sums that were being used to pay down debt, support public works, as well as to provide budgetary support and employment.

In an indirect confirmation of the value of Dominica’s low basic fee of US$0.1m, and the fierce competition now existing between OECS nations for citizenship applications, Antigua this month reduced its basic fee for citizenship to the same US$0.1m level.

The least successful CBI programme has been St Lucia’s. Earlier this year, its government halved the previous cost of citizenship for individuals, also to US$0.1m, and adjusted downwards the fee for all other categories, making the country’s programme for a short time the cheapest in the region. It also lifted a self-imposed limit on the number of applications that could be processed annually, and revoked previous requirements relating to an applicant’s net worth on the basis that other countries were offering discounts or incentives.

What is emerging from this apparent race to the bottom are several issues:

In short, Caribbean CBI programmes may not have as a bright a revenue earning future as they have had in the past.

While many high net worth people continue to seek second or third citizenships, it appears likely that the numbers of applicants per Caribbean country may decrease as global competition grows, at worst accelerating the sector’s decline. 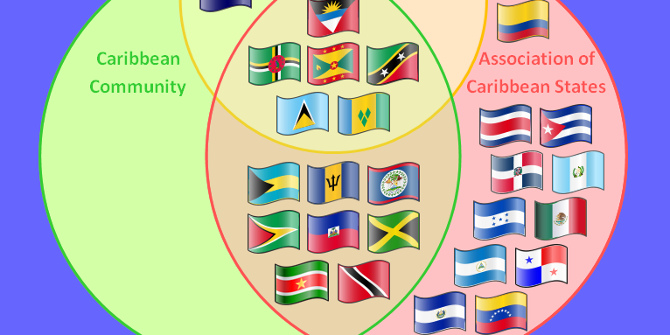 Harmonisation could prevent a race to the bottom, but the region’s recent record is weak in this regard (Wdcf, CC BY-SA 3.0)

In theory OECS nations with CBI programmes could consider some sort of approach involving harmonisation. However, in the real world of multiple unresolved sub-regional ideological, economic, and personality differences, it is hard to imagine achieving a consensus that lasts.

Unfortunately, OECS governments have shown little willingness to address questions about the sustainability of their citizenship programmes, or to indicate whether they have fresh ideas about the ways in which they might redesign existing schemes to ensure continuing income without lowering fees any further.

All of which is to say nothing about the sometimes-questionable comments and defensive public relations exercises undertaken by some agents selling CBI programmes, about the questions that remain about the due diligence processes some governments pursue, or the serious international concern that has arisen about the issuance of diplomatic passports.

Almost every nation in the world provides a path to citizenship. Despite this, many citizens and some governments in principle object to the idea that nationality is something that can be sold.  In this the Caribbean is no exception.

As long as citizenship programmes exist, questions will also remain about the granting of rights and free movement within CARICOM to those who are not required to reside, make no long-term economic or personal contribution, and who have no historic or cultural affinity to the region.